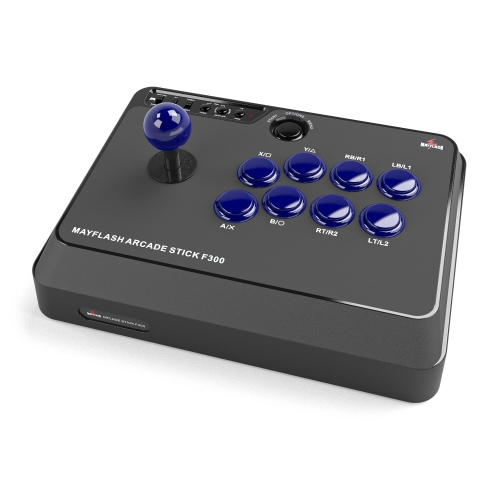 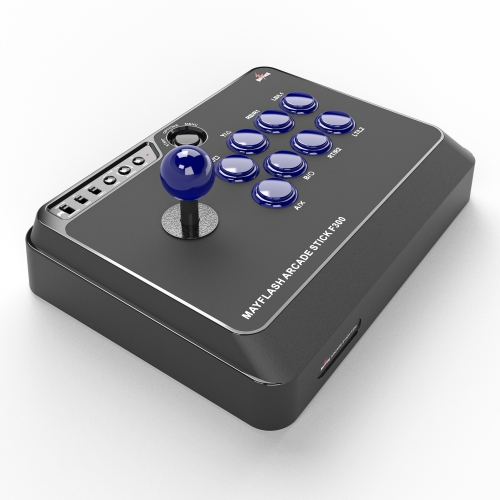 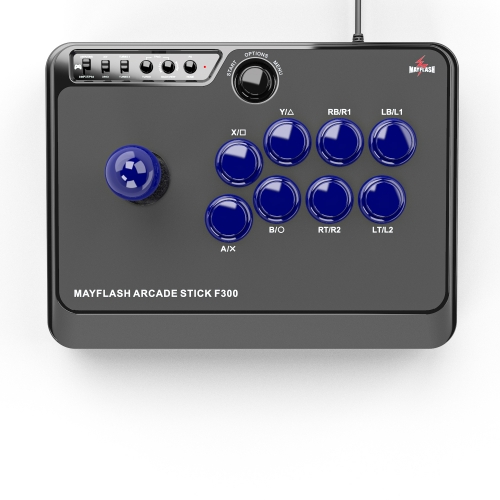 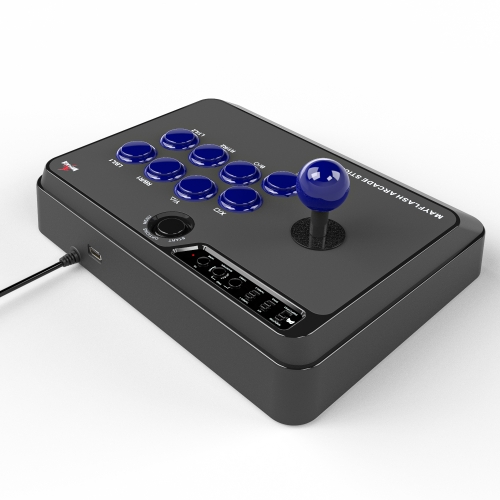 F300 is a tournament-grade fighting stick that brings the arcade experience home. It is fully mod-capable and effortless to customize. Features include Turbo function, D-Pad and X/Y Analog Axis switching etc.

- Supports the XINPUT and DINPUT when being used on PC.

- The D-Pad and X/Y Analog Axis mode can be exchanged.

- Compatible with Sanwa Denshi buttons and joystick that is perfect for customization. 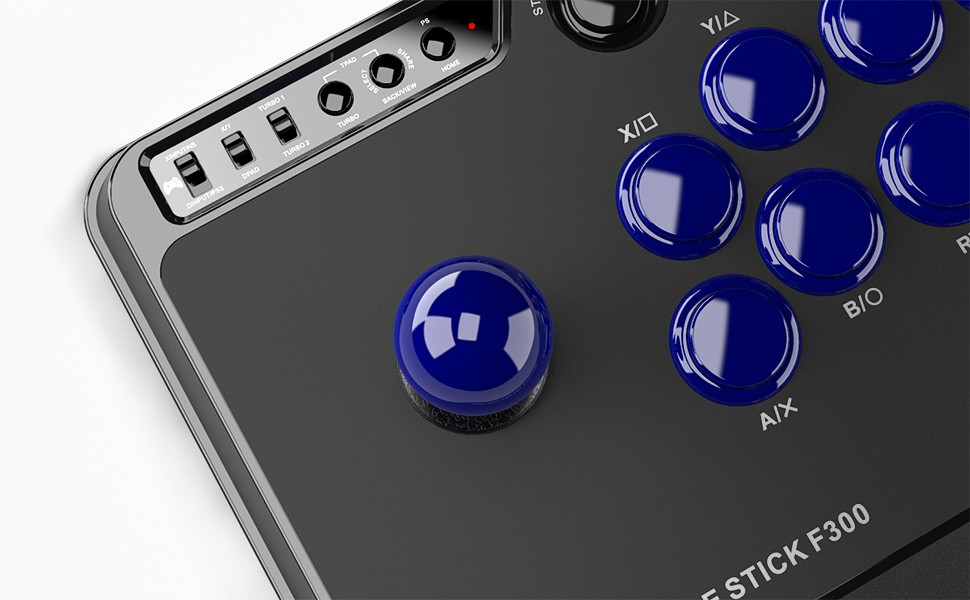 If the switch is set to the "X/Y, the stick works as the "Left Joystick.

If settingthe switch to "DPAD, the stick works as "POV.

- See the user manual to get more details about Turbo function.

The wireless controller that comes with your console will become a wired controller by simply connecting a standard USB cable (with exception of Xbox 360 which requires an official wired Xbox 360 controller). For best results, it is recommended that you use genuine Xbox or PlayStation controllers and quality certified USB cables. 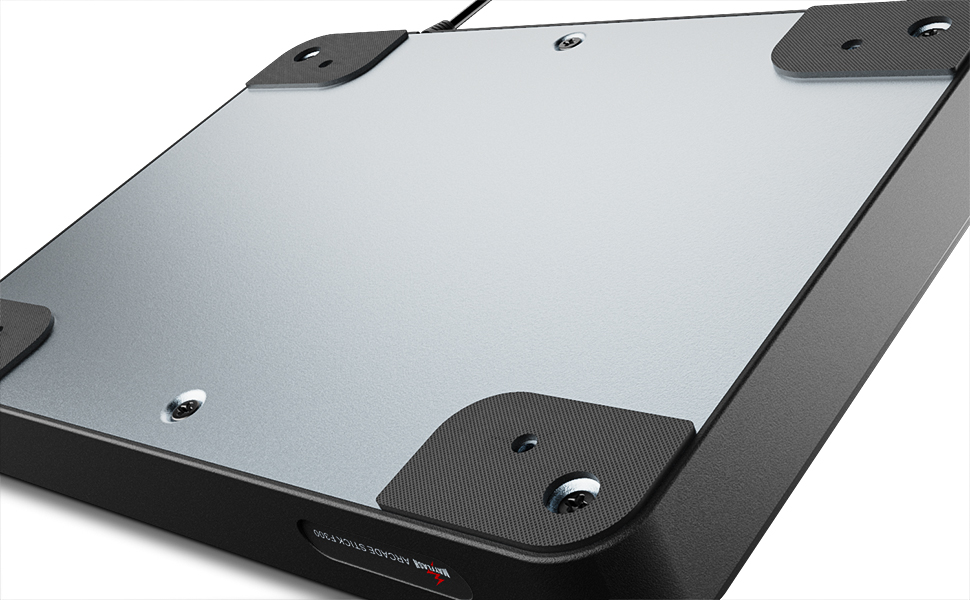 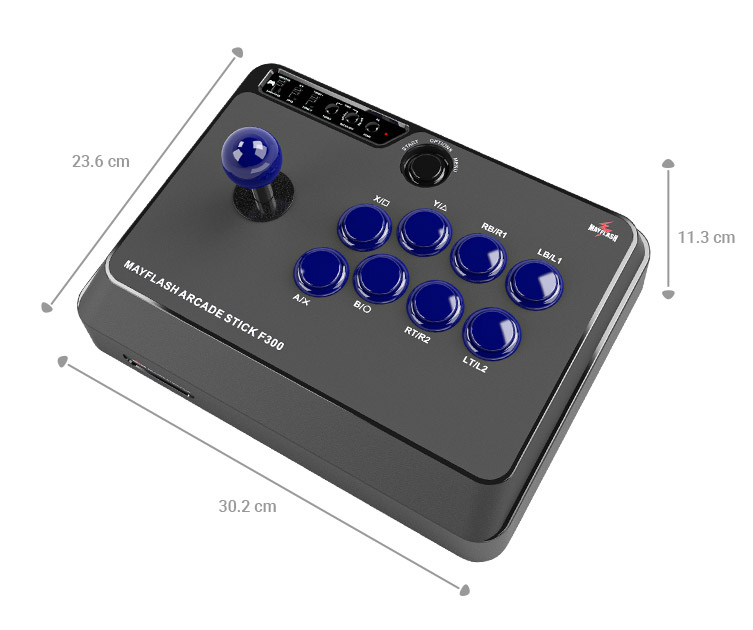 Change the button mapping profile for NEOGEO Arcade Stick PRO to 8 buttons (only supports 4 buttons before).

Quick Start: Switch to "DINPUT/PS3" mode by using the switch located on the Arcade Stick.

The SEGA gaming system can identify the stick automatically.

Supports the NeoGeo Arcade Stick Pro on the Dinput mode.

F300 will be recognized by NEOGEO mini automatically.

2. If you connect the F300 to your PC windows system, please press and hold "START" and "Y/△" for 3-5 seconds to switch to DINPUT mode.

- Pressing and holding "selct" and "START" works as "Capture" when you use the F300 on Nintendo Switch system.

Pressing the “TURBO” and “SHARE” button simultaneously works as the “Touch Pad” button of the PS4 Controller.

1. Please push the switch located on the left top corner of the F300 Arcade Stick to the "Xinput" mode

The F300 can be identified by the Nintendo Switch system and PC system automatically.

2. If the F300 can not be identified by the Switch and PC system automatically, please switch to the Xinput mode by pressing and holding "START" and "Y/△" for 3 seconds,

or switch to the Nintendo Switch mode by pressing and holding "START" and "X/□" for 3 seconds.

1. Supports the Microsoft Xbox ONE S Controller and more Xbox ONE controllers from the third party.

2. Supports the headsets to output the background music and online chat on Xbox 360, but you need to plug your headset to the original wired Xbox 360 controller, NOT the fightstick.

Switch to "GAME CONSOLE" mode by using the switch located on the F300. DO NOT plug in any devices on the F300 USB slot and you can use it on your Android devices now.

2. The new software has fixed the problem that the original PS4 controller can not be identified after the users update their PS4 Game System.